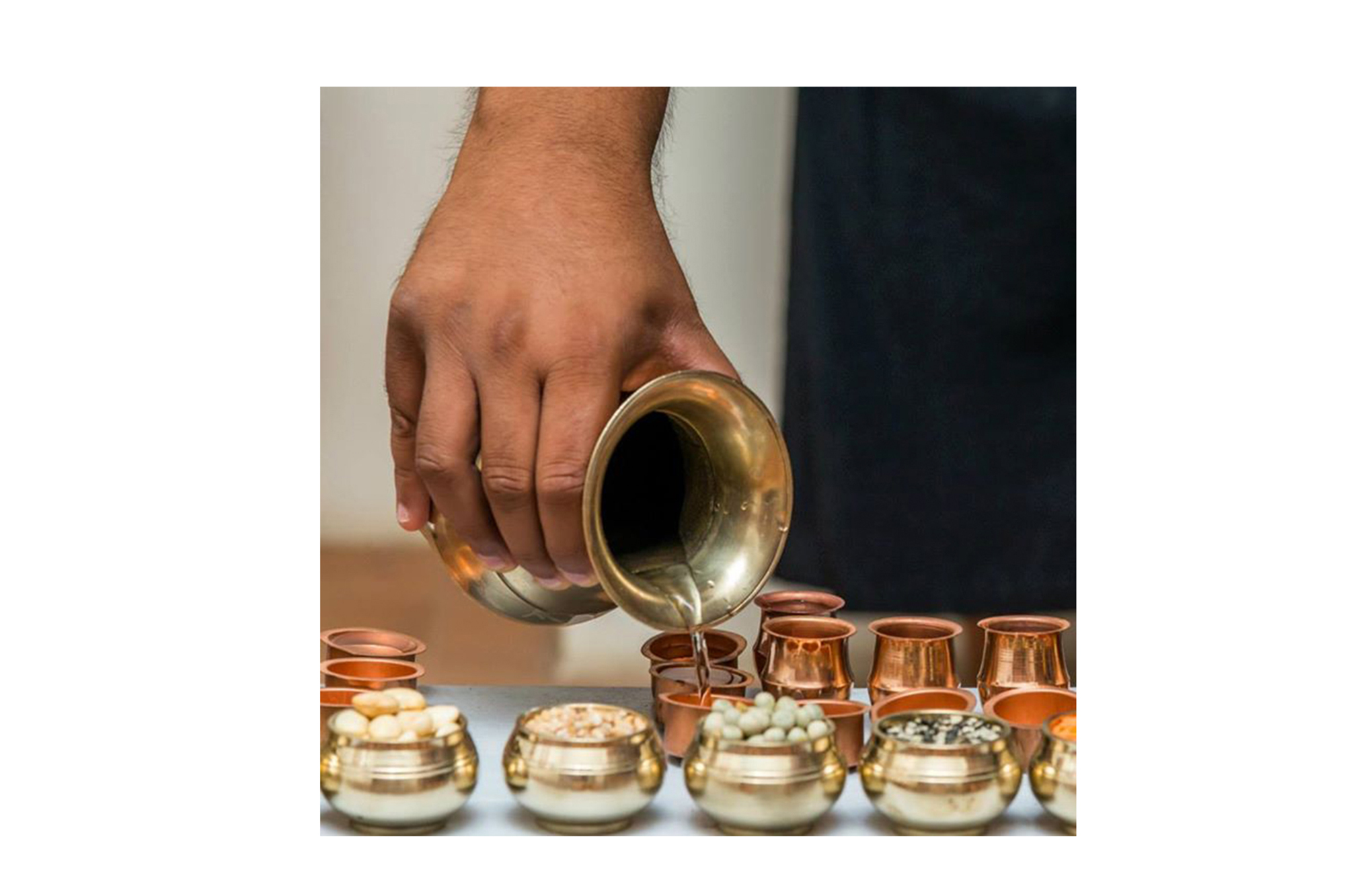 In Nepal Bhasha, the word ‘Nilah’ literally means ‘water used as an offering to deities during rituals’. Using that term as a starting point, the artist designed this installation to convey the perspectives of women from a community in Patan and their connection to water that flows out of ancient stone taps called ‘hiti’. The artist had led a workshop titled Sacred Water with eleven women and she was inspired by the conversations. During the workshop, participants were introduced to visual mediums and encouraged to  express their connections with their hitis. Women’s stories, expressed through paintings and other visual mediums, revealed that even though the water from the hitis has become dirtier, people still associate it with the idea of pureness – so pure that only hiti water can be used during religious rituals as well as consumed. The installation also informs women’s spiritual connections, particularly to their community, a connection they deemed higher than with anyone else. 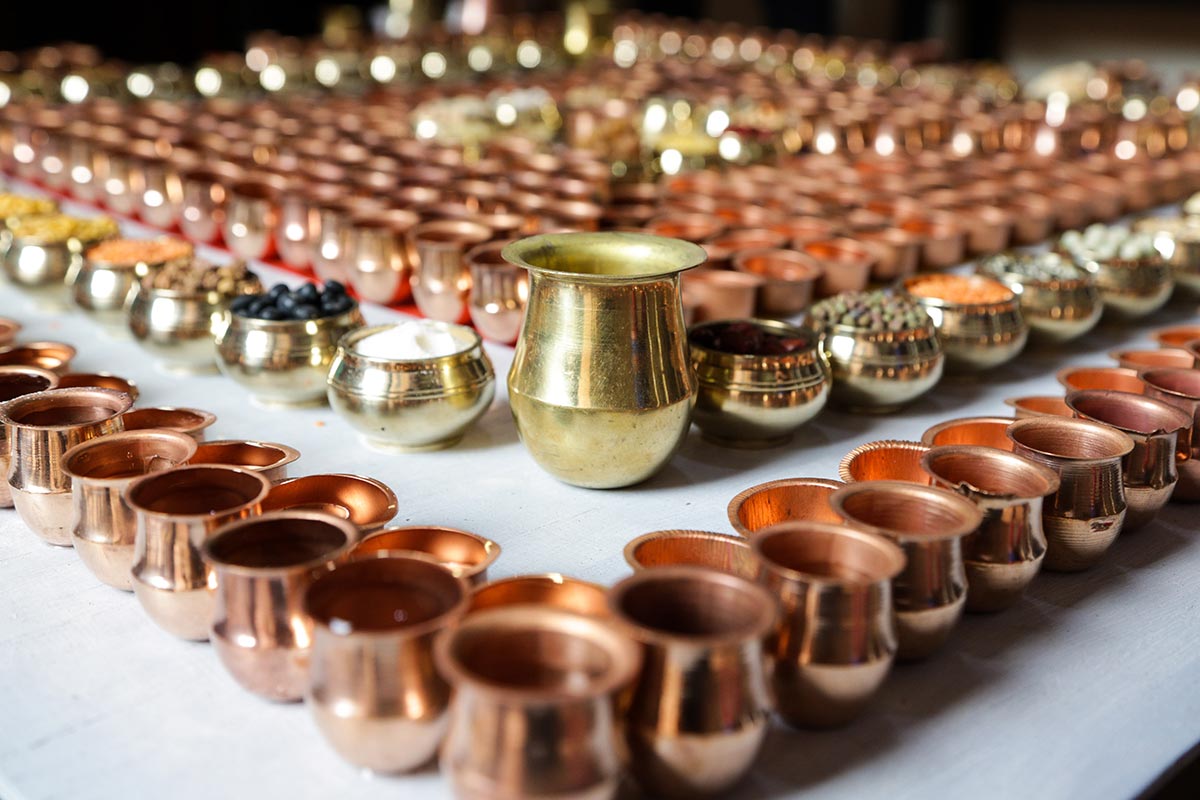 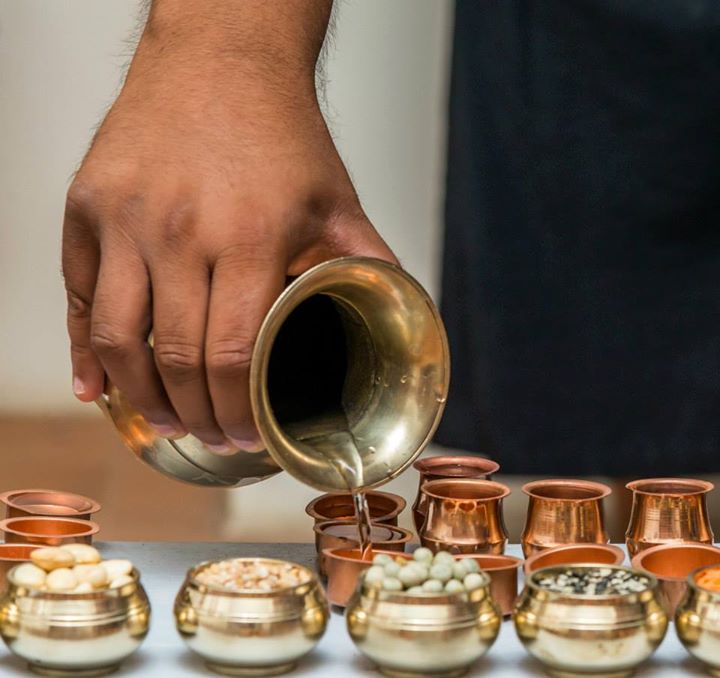 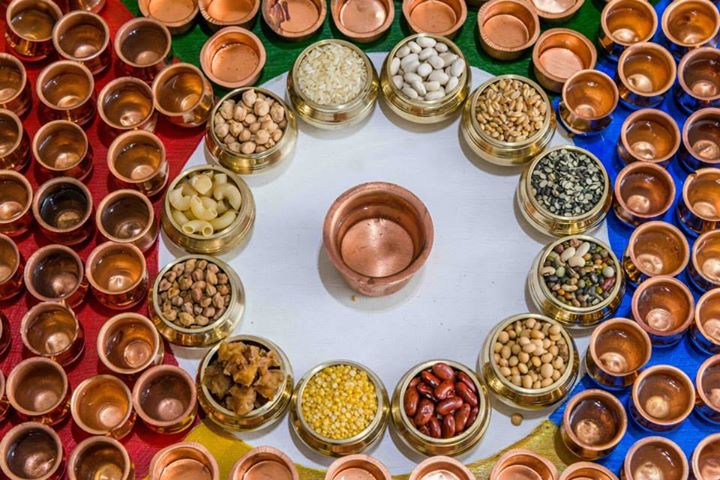 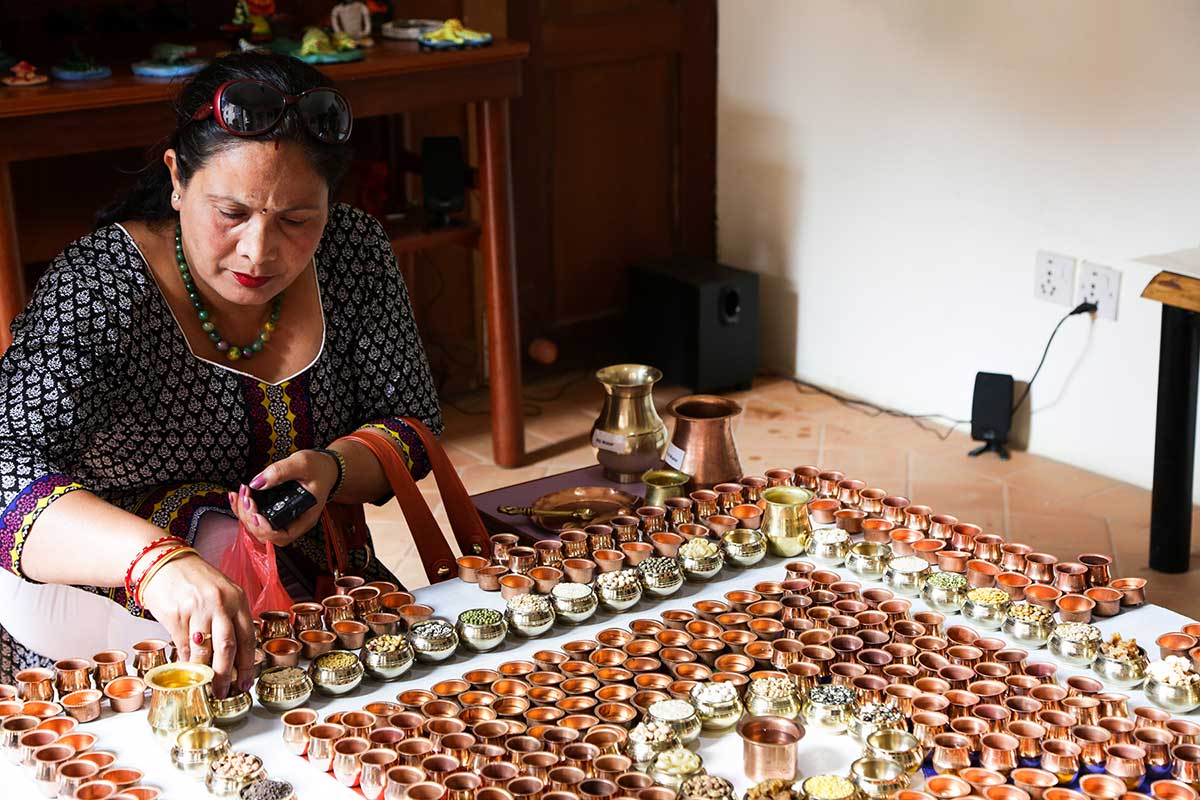 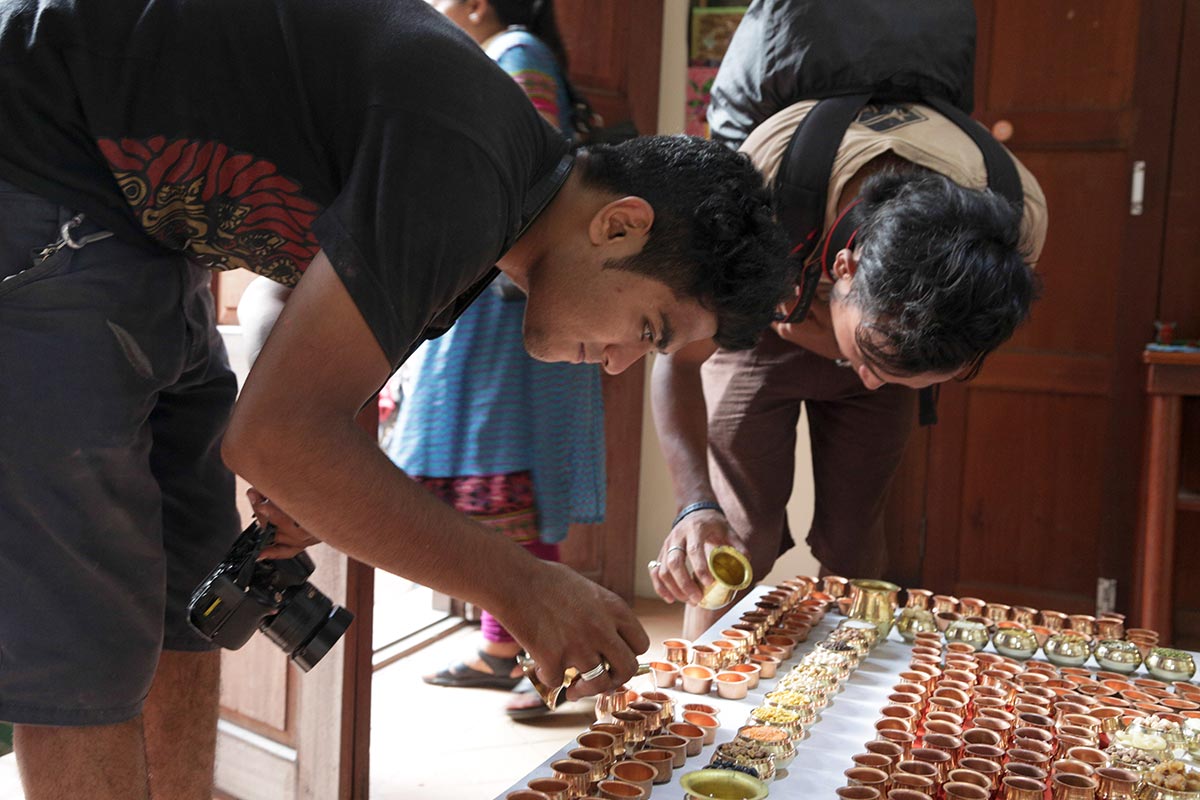 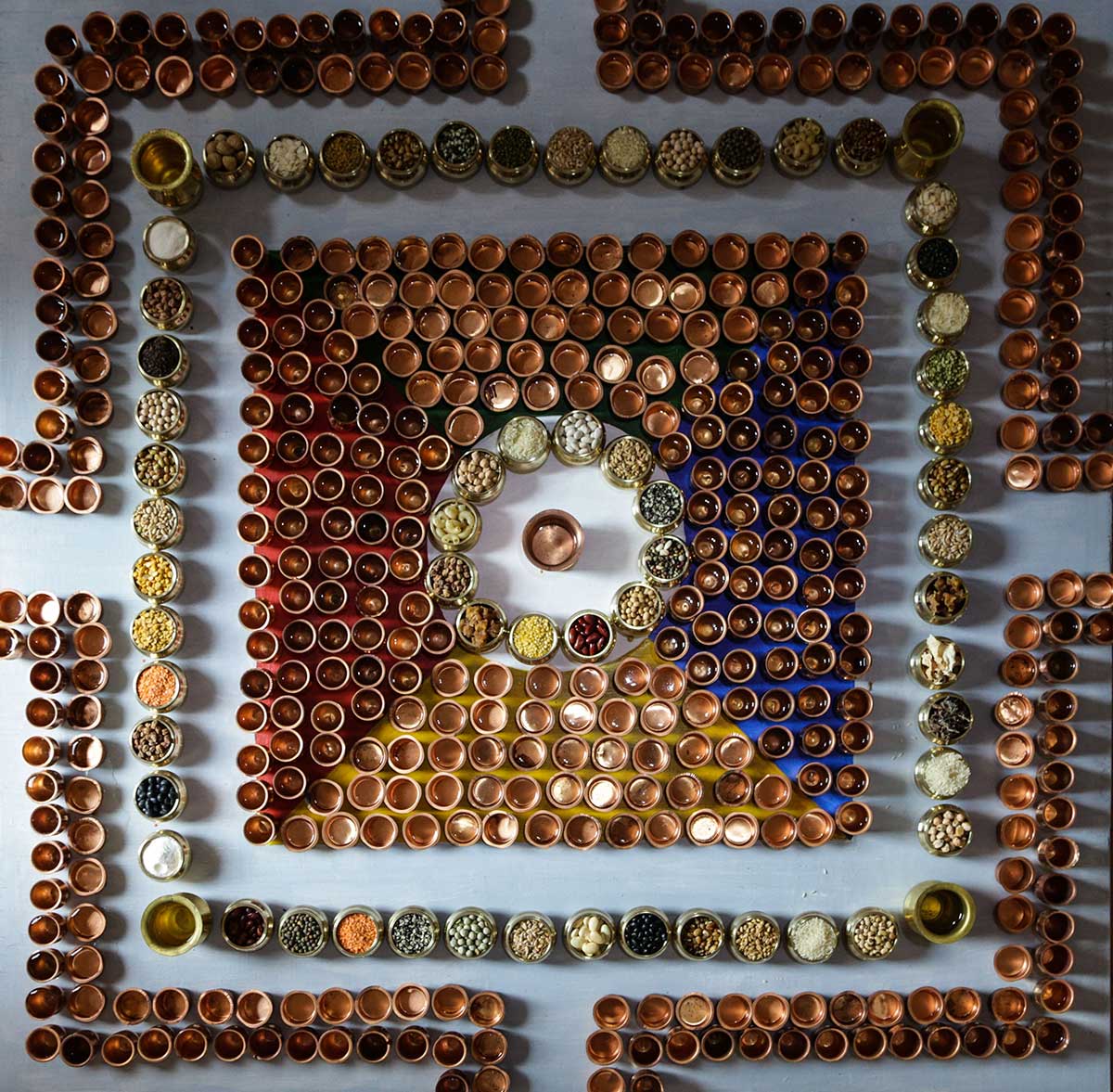